History of the Danforth Art Museum and School 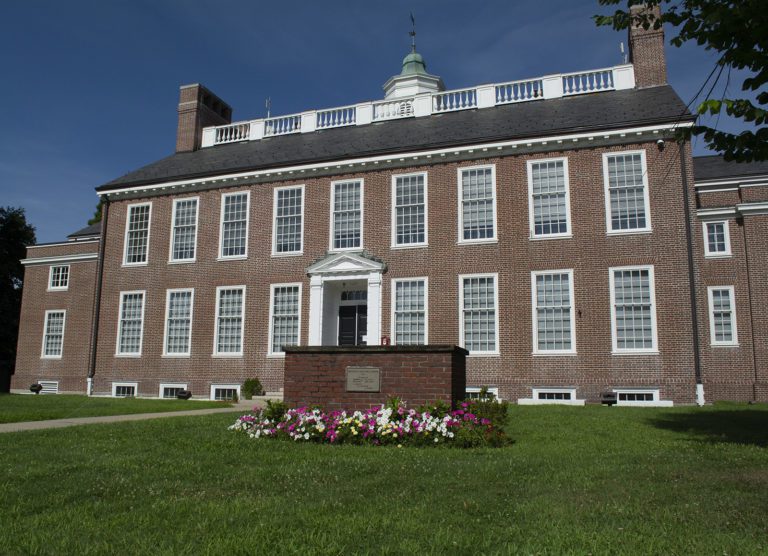 The Founding of a New Museum and School

In the fall of 1973, Paul Marks, a local business man and fine arts enthusiast, gathered a group of people in his living room in Framingham, Massachusetts.  The reason for this gathering was to discuss the possibility of opening a museum and cultural institution in Framingham.  There were several museums in Boston, but nothing nearby that could provide local residents the opportunity to view, study, and learn about art.  In addition, the group wanted to include an art school, again with the aim to provide local residents of all ages with the opportunity to make and learn about art and its many mediums.  With no major benefactors found in the early stages of planning, the group remained determined to bring this cultural opportunity to Framingham.

The first of several major contributions came from Framingham State College, now Framingham State University.  Justin McCarthy, President of Framingham State College, was one of the original founders and contributed to the college being an underwriting partner.  The Town of Framingham followed, supporting the Danforth by providing the former Farley Middle School building on 123 Union Avenue as the potential home for the project.  Built in 1909 by Boston architect Charles M. Baker, the Museum and Art School would occupy the first and second floors while the Town utilized the third floor of the building for various needs like a community center, offices, and a town hall. 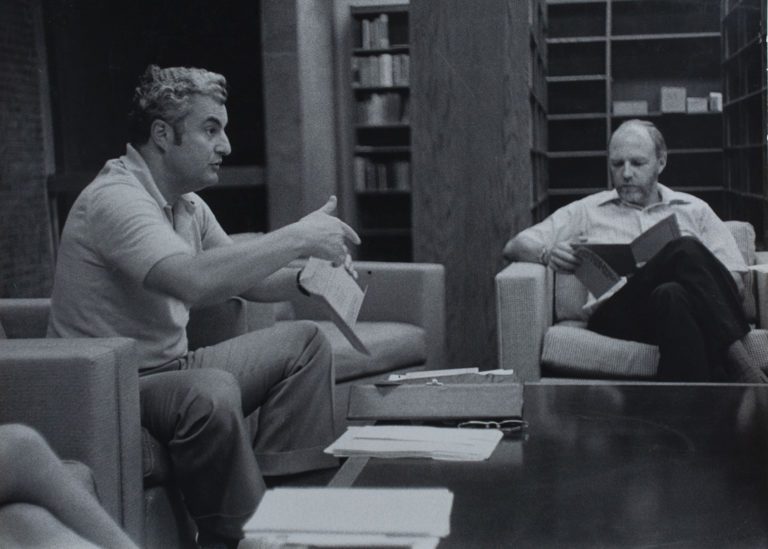 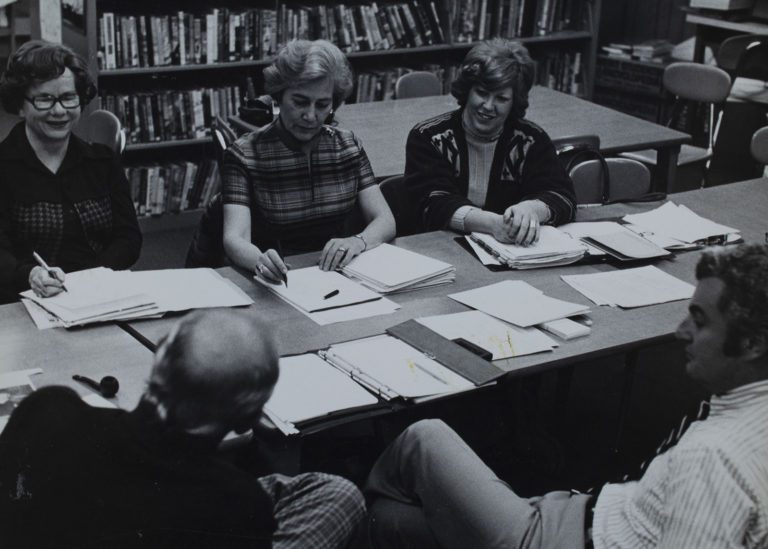 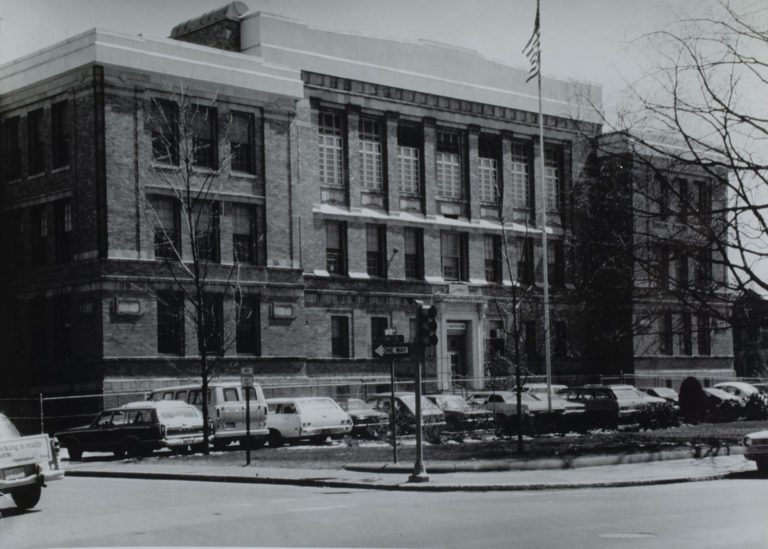 With the Union Avenue location secured for the Danforth, the next step was to renovate the first and second floors to accommodate a museum and school. The first event that the Danforth hosted was an art class held in the basement of that building. To the surprise of the organizers, fifty-six students showed up to the first class, taught by current Danforth art instructor, Nan Hass Feldman. Until the renovations to the other floors were complete, classes at the Art School took place in the building’s basement, which later became a series of ceramics studios.

Two years of hard work resulted in the Danforth Museum of Art opening its doors in May 1975.  The community pulled together, with local benefactors donating artwork to begin a collection.  Local museums aided the opening exhibitions, including the Worcester Art Museum and Boston Museum of Fine Arts, by providing loans of artwork.

Why the name Danforth? 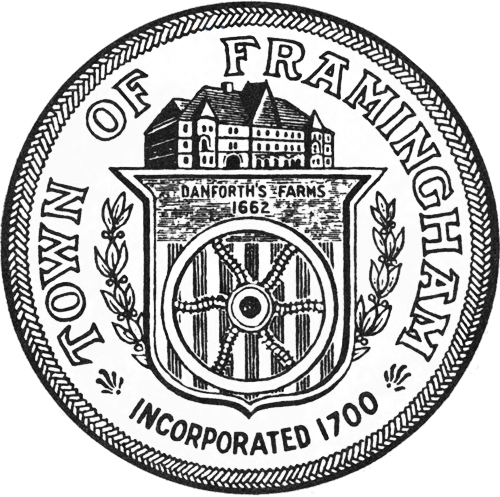 Originally known as “Danforth’s Farm” (as seen on the seal of Framingham), the name “Framingham” is an homage to the birthplace of Thomas Danforth. The Danforth Art Museum and School is named to recognize the land once owned by Thomas Danforth that now makes up a majority of Framingham, Massachusetts. Though the Museum and Art School do not have any direct relation to the Danforth family, the name was chosen by the founders to pay respect to the city that would become the home. Thomas Danforth immigrated from Framingham, Suffolk, England in 1634 at 11 years old with his father and siblings. His and his family’s growing prominence in the Massachusetts Bay Colony allowed him to accumulate wealth and status. In 1660 he began acquiring grants of land, amassing 15,000 acres west of Boston by the time of his death in 1699.

Danforth’s accrual of land, however, came at the expense of the homeland of the Nipmuc tribe who, like many other Indigenous Peoples, were imprisoned and forcefully removed from their homeland. The Danforth would like to recognize that the land we live, work, learn, and commune on is the original inhabitants of the Nipmuc people.

The Danforth increasingly became an organization of interdependent parts that offered exhibitions and education to visitors that actively engaged and transformed their experiences."

For three decades, the Danforth Museum of Art and Art School succeeded in its mission.  The Museum’s exhibitions and growing collection spanned the history of art from early Dutch paintings to Cassatt prints, Hogarth engravings, British ceramics, Muybridge photographs, and German Expressionism, to name a few.  Local professional artists were highlighted throughout these decades with solo and group exhibitions. Student and faculty artwork from local universities and colleges also graced the gallery walls during this period, along with work from groups such as the Boston Printmakers.  The Annual Juried Exhibition and the New England Photography Biennial were particular favorites.  The Danforth Art School provided a variety of art classes, scholarships, and lessons to thousands of children, teens, and adults every year.

The downtown location allowed access to a cultural institution for Framingham residents and others in surrounding communities who may not have considered visiting a museum or taking an art class before. In its early days, the school offered a wide scope of classes including design, art history, art education, performance art, calligraphy, ceramics, weaving, jewelry making, bookmaking, photography, sculpture, printmaking, painting, drawing, as well as organizing bus trips to other art museums, hosting movies, lectures, demonstrations, and art sales. Classes were always community orientated and celebrated the work of students and instructors alike. Over time, the school focused more on foundational study in traditional media while adding special programming and workshops relating directly to museum exhibitions. 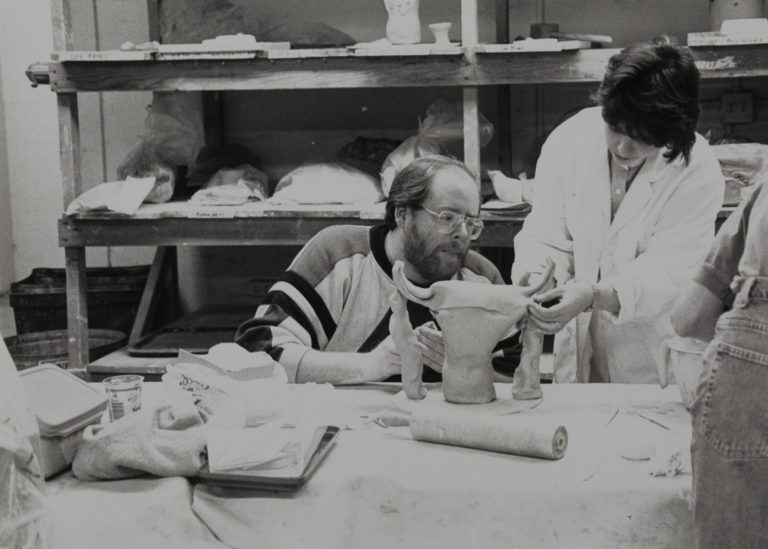 A New Home, A New Partnership

The 1909 building the Danforth Museum and School had occupied since its opening was showing signs of disrepair for years, largely due to delayed maintenance.  Knowing the building was reaching a point where it could not be salvaged, the Danforth purchased the Jonathan Maynard Building in 2013 with plans to renovate and move into the space by 2022.  However, an inspection in 2016 resulted in a failure rating of the buildings boiler and an immediate eviction notice from the Town (now City) of Framingham.  The Danforth had six months to vacate the building, but the Maynard Building was not anywhere near ready to inhabit, and was being leased to FSU at the time.  Emergency funds were raised through fundraising efforts and major donors to relocate the reduced staff and collection to a temporary building.  The Maynard Building’s third floor was renovated for the Art School with five large studies and new equipment where classes resumed in the winter of 2017.  The next two years focused on renovating the second floor for the museum and storage. 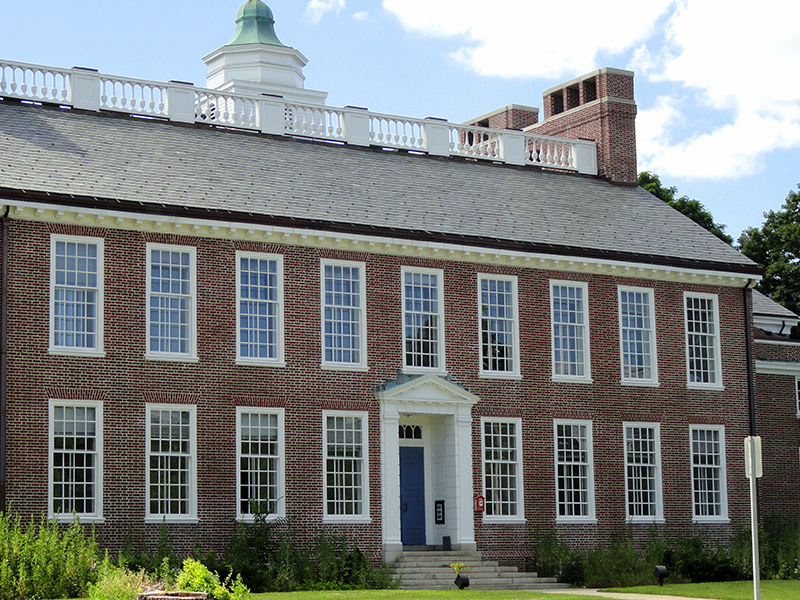 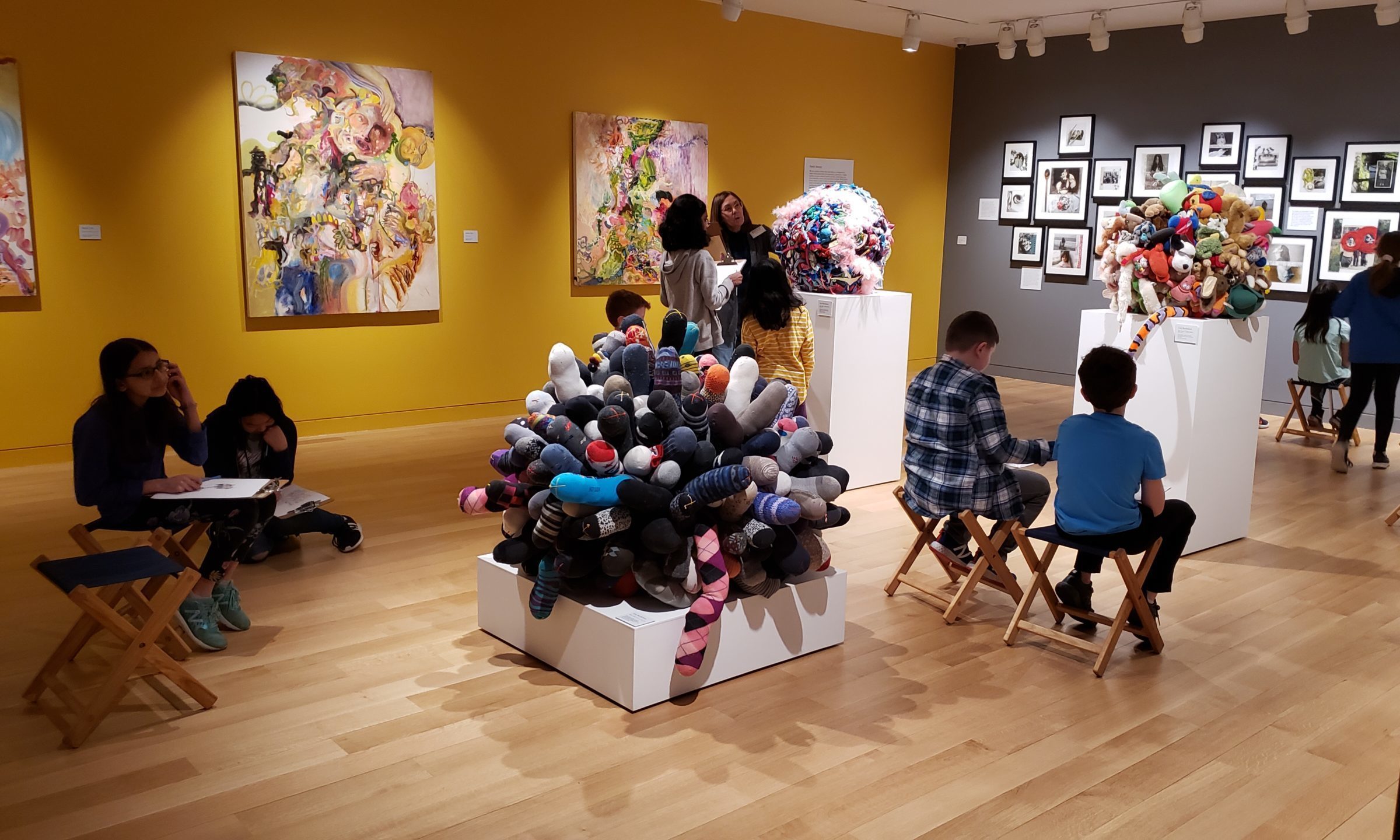 Donate to the Danforth — Your support helps fund exhibitions, programs and scholarships.