We often perform our daily routines unconsciously, rarely questioning why we are doing them and how they impact others. Toni Pepe’s exhibition title, “An Ordinary Devotion,” refers to the repetition of daily tasks and rituals of care, both comforting and mundane, that become the backbone of our lives.

“Ordinary devotions” can particularly refer to the responsibilities associated with motherhood and caregiving, and this exhibition uses mixed media and installation-based work to explore these specific rituals.  Pepe notes that the labor historically performed by women, including housework and childcare, is often invisible.  It exists outside of the economy, unseen by the census, and excluded from the gross domestic product of a country.

Toni Pepe’s works explore the artifacts of caregiving and the contradictions in their practice; each subject can be equally about violence and abuse as it is devotion and nurturing, and her works reference that fact. We are living in an urgent time regarding the politicization and power dynamics over women’s bodily autonomy. There are societal expectations and intensive debates as to what a body should sacrifice in the name of motherhood. The immense physicality of care takes a toll, mentally and physically. Toni Pepe’s works make visible the unseen work of motherhood while laying bare accepted visual tropes of woman as caregiver. 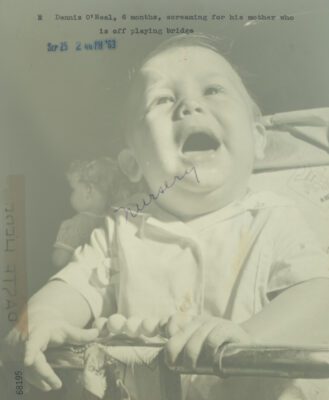 “For nine months before the baby’s born, its constant lullaby has been the heartbeat of its mother. this is one reason a baby needs to be held close to its mother. It’s part of “mothercraft.” 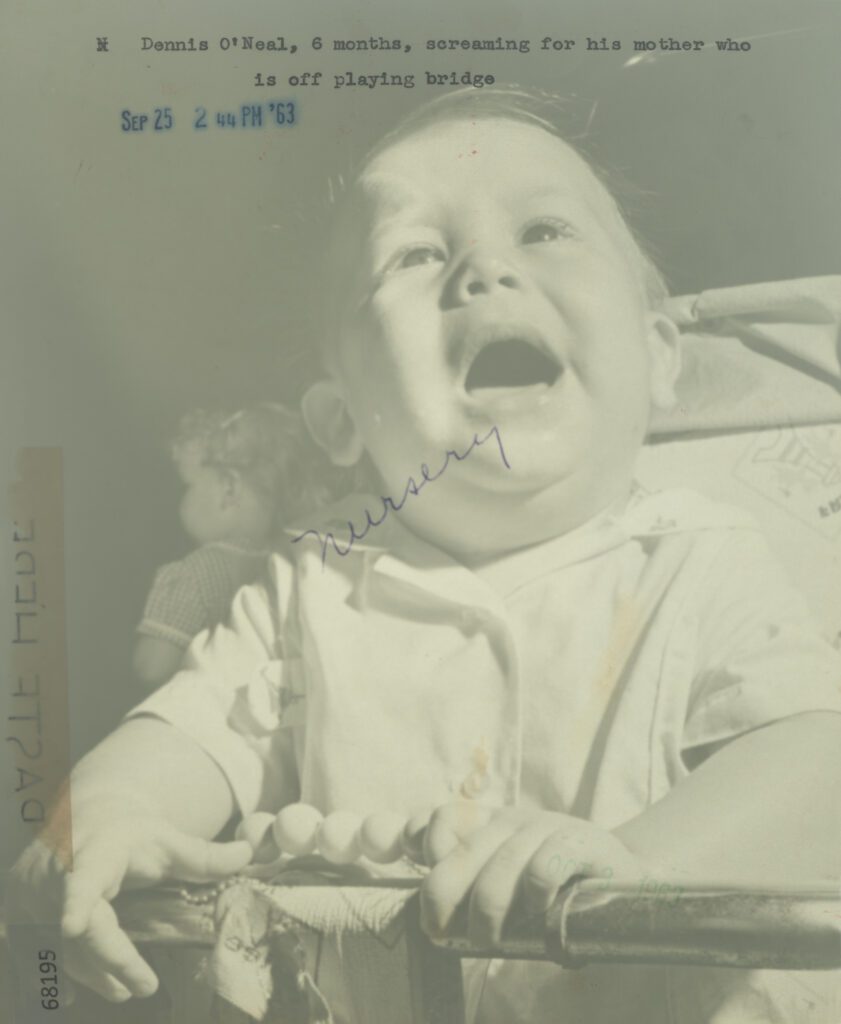 “Dennis O’Neal, 6 months, screaming for his mother who is off playing bridge.”