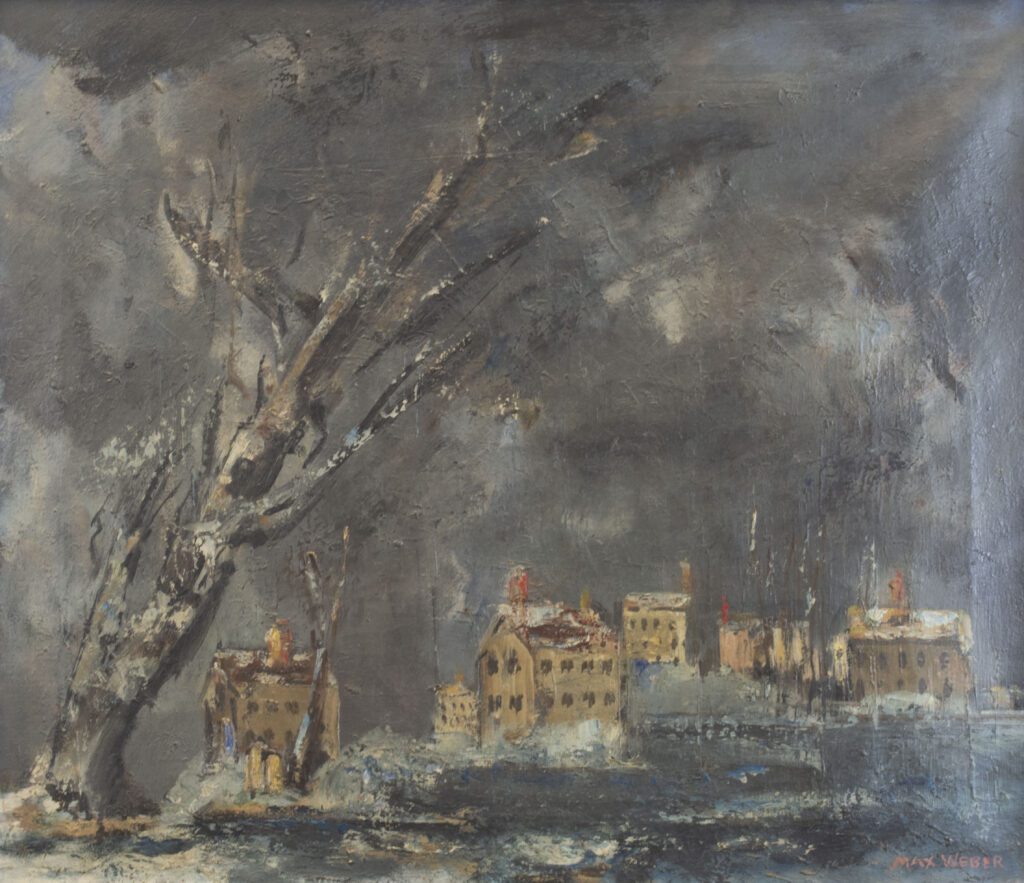 Max Weber was born in Russia in 1881.  At age 10 he migrated to Brooklyn, New York with his parents.  He began studying art, enrolling in the Pratt Institute, then teaching art in Virginia and Minnesota.  In 1905 at the age of 24 he left for Paris where he met and studied under Matisse, and befriended other artists, such as Picasso and Rousseau.  He returned to New York in 1909 and lead the way in avant-garde artist circles, favoring futuristic, cubist, and Fauve color schemes.  He experimented with many different styles, including wood block prints and sculptures, and ventured into poetry.  Later in life, his works began to favor religious themes and expressionistic styles that were becoming popular in the 1930s and 40s.  He died in 1961 in Great Neck, New York.