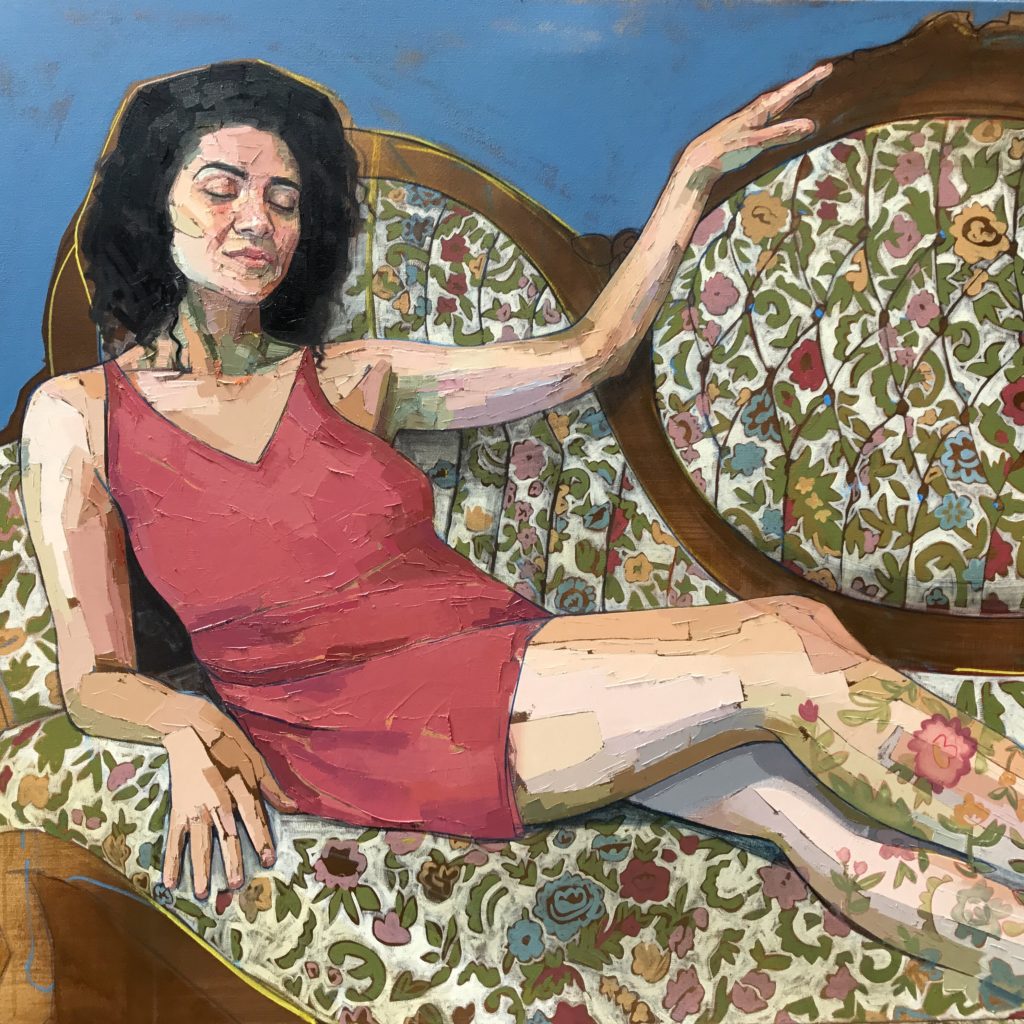 Another Girl Who Sat on the Couch Too Long

Mia Cross’s work is a careful study in color and pattern, and how each interplays with the body.  Her work explores the definition of adornment by using the skin as a canvas, asking at what point what we put on the outside of our body becomes an intrinsic part of our interior selves.  We can be dressed by what we choose to imprint on the body, and what we put on skin is yet another form of self-expression.

Cross’s work recalls gendered traditions in art history to build her narrative, and pushes past them to create contemporary work that explores the fluidity of identity.  This is particularly apparent in Cross’s paintings where the figure is blending into an object.  Often seen in nineteenth-century paintings of fabrics and interiors, a figure, usually female, is depicted in garments or drapery that camouflage the body to a point that it is not discernable from its surroundings.  At a time when gender roles were sharply defined between public and private, a woman depicted blending into an object rendered her decorative and ornamental, signifying a loss of identity.  Cross’s figures also blend into their surroundings, but do it with more power than vulnerability.  Her figures may become immersed in a couch, or a house, but rather than being engulfed by that object, one thing slowly becomes the other with a fluidity between form and object that allows the figure to remain dominant.