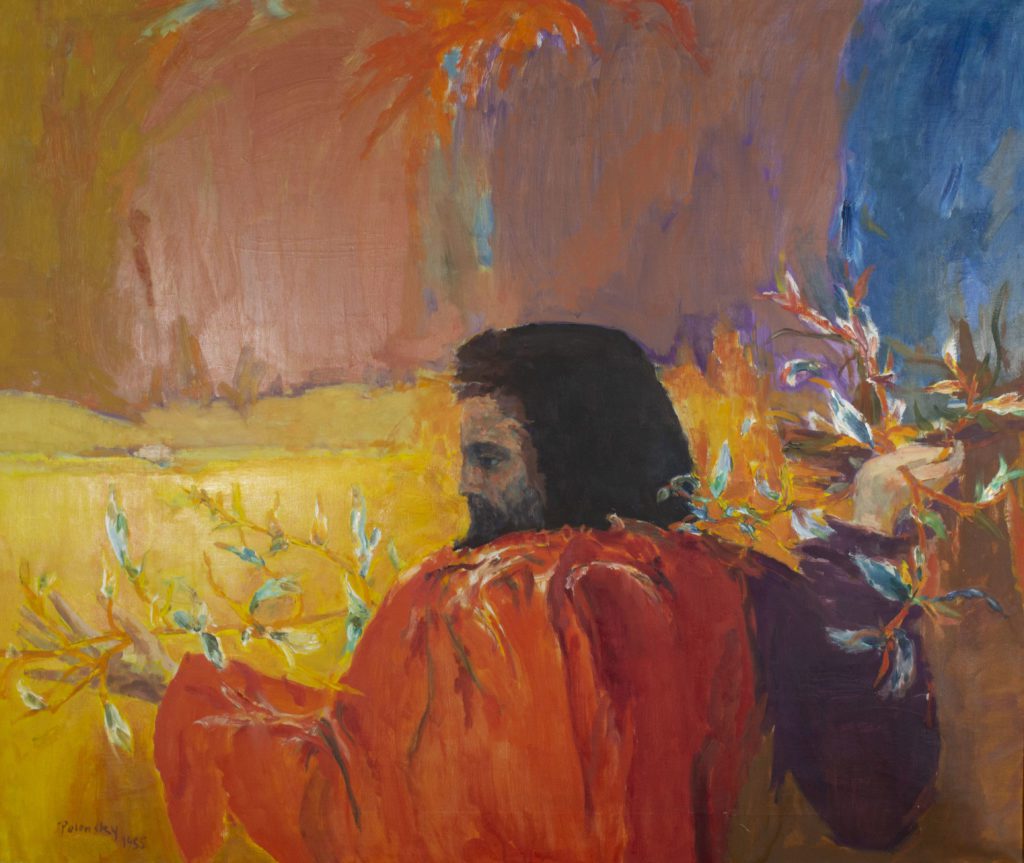 The Flowering Staff of Aaron

Arthur Polonsky was born in Lynn, Massachusetts, the son of a Russian tailor and seamstress.  As a high school student in Roxbury he studied drawing at the Museum of Fine Arts, Boston, and later received his diploma from the Museum School, where he studied with Karl Zerbe from 1943-1948. During the summer of 1947 he was a teaching assistant to Ben Shahn at the Museum School’s Tanglewood Program. He subsequently traveled to France when awarded the Museum School’s European Traveling Fellowship, and was part of the community of Museum School graduates intent upon absorbing the lessons of European Masters from Rembrandt to Picasso to Soutine.

Symbolism, a late nineteenth century artistic and literary movement that embraced mystical, mythological, and dream imagery, was a particular influence on Polonsky. Early in his career he was particularly drawn to the work of the artist Odilon Redon, as well as the poets as Arthur Rimbaud and Rainer Maria Rilke.