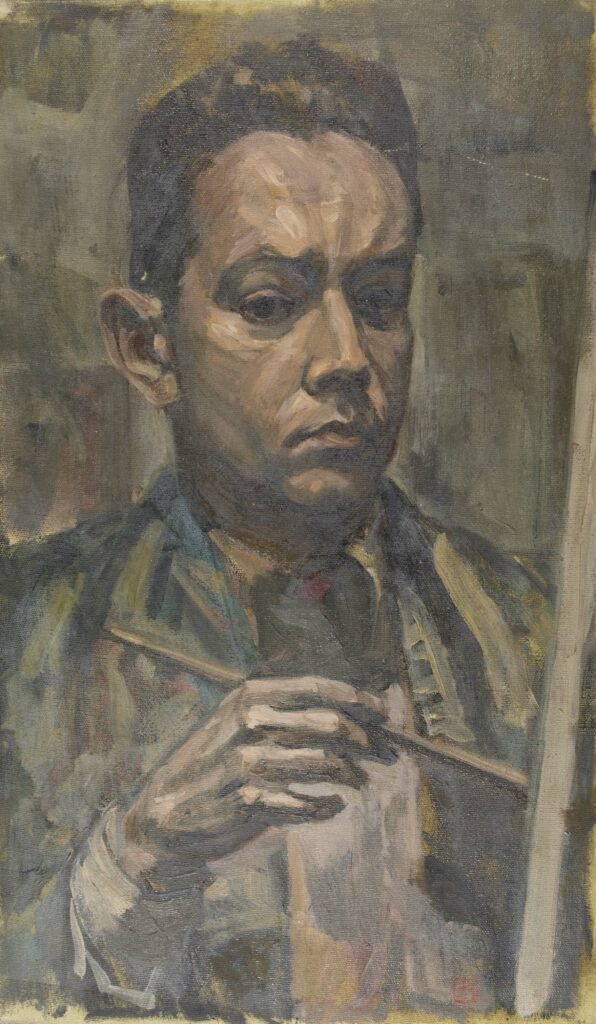 Jack Kramer was born in Lynn, Massachusetts, studying art starting at a young age at the School of the Museum of Fine Arts.  He believed in studying and practicing art based on old and contemporary masters, which lead to several visits to European art museums.  After a 1948 show at the Museum of Fine Arts by Kokoschka, he spent several summers as his studio assistant in Salzburg, Germany.  He shared Kokoschka’s fascination of portraiture and attempting to reveal through paint the sitter’s personality and inner self.  While Kokoschka was much more bold, Kramer hinted and suggested their personality.