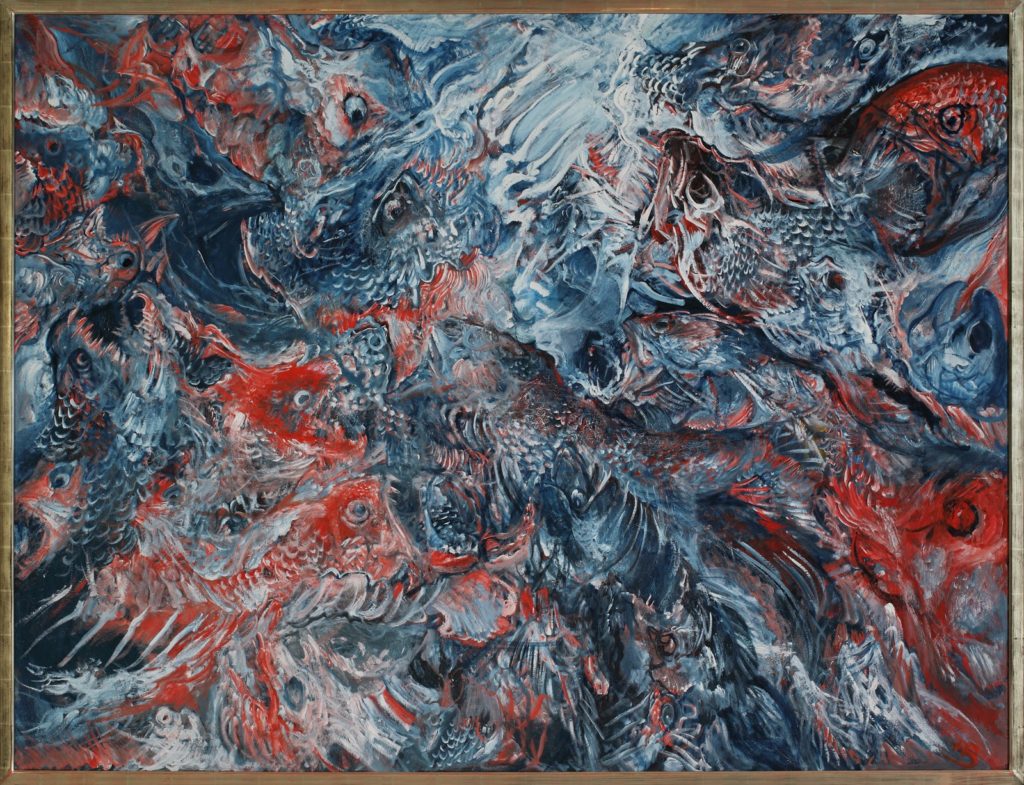 Over the course of a long career, Hyman Bloom developed a style that conveyed an intense emotional state combined with an aura of the deeply unsettled. His works were drawn from an emphasis on the imagination, rather than direct observation, and looked to Jewish mystical traditions, Eastern religions, theosophy, the occult, and the body. The artist’s vibrant brushstrokes and experimentations with color were a means to express his ideas on life and death, and even his graphic explorations of decaying corpses observed at Boston’s Kenmore Hospital morgue in the 1940s are grotesquely beautiful in their vivid swirling colors. Bloom’s Seascape II is a memento mori, filled with deceptively colorful masses of murderous fish, devouring all in their path, meditating on our apprehension over our own mortality.