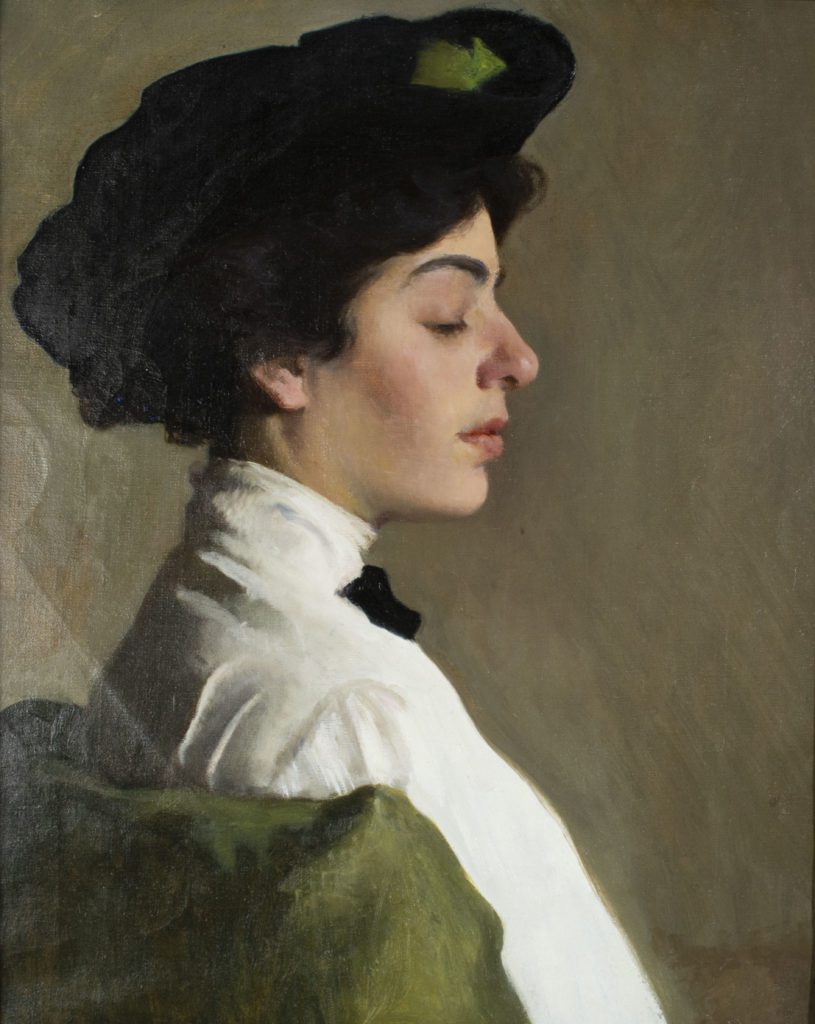 Like many of her contemporaries, particularly women, Pooke earned a teaching certificate from the Massachusetts Normal School with Joseph DeCamp, then studied at the School of the Museum of Fine Arts with Frank Benson and Edmund Tarbell.  Much of the scholarship on the artists of The Boston School has focused on their conservative, deemed anti-modern, approach, mainly derived from the fact that they painted from life and their preferred subjects were portraits and decorative portrayals of women in interior settings.  Numerous women studied in Boston, and went on to have lucrative careers as professional artists, and professors such as Tarbell and Philip Leslie Hale were supportive of the advancement of their female students.

Marion Pooke was well known as an artist during her lifetime.  While she did not stop painting after her marriage and move to Paris in 1923, very little is known of her work later in life.  Past exhibitions of Pooke’s work, including one organized by Danforth Art in 1991, have stated as their goal the reintroduction of “forgotten” women artists.  Many women were working as professional artists at the turn of the twentieth century, and many of these artists were lost to art history after their deaths.  However, one can not remove an artist from the context of their time and highlight their accomplishments without recognizing the social and cultural forces that brought them success and then relegated them to footnote status.   This exhibition seeks a fuller understanding of Marion Pooke’s world—her contemporaries and influences—through a study of her works, accompanied by selections from those who studied and exhibited with her.