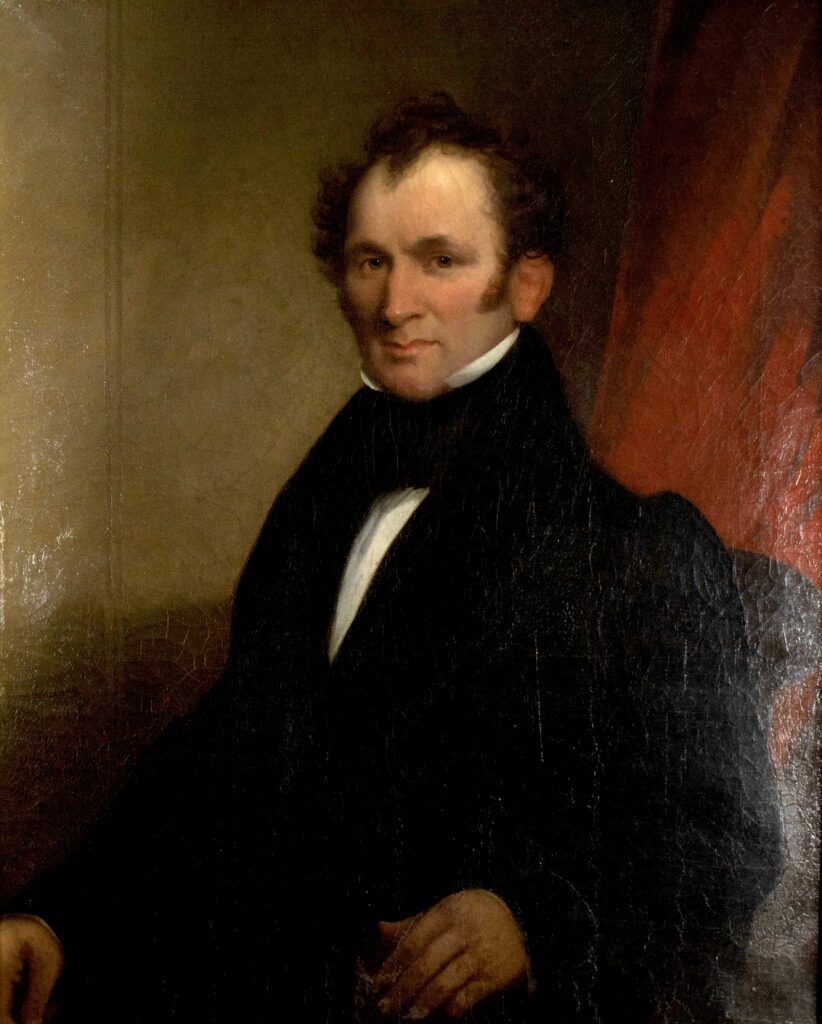 Chester Harding was born in Conway, Massachusetts, teaching himself how to paint until in his mi-20s when he attended the Philadelphia Academy of the Fine Arts for formal training.  However, he only stayed for two months.  After several failed business ventures, he began painting portraits, starting in Kentucky and moving up the eastern seaboard until settling in Boston in 1823 where his career took off.  For the next twenty years, he painted portraits of people such as Daniel Boone and this one of Abel Phelps.  Within about thirty years, he produced over 1000 portraits.