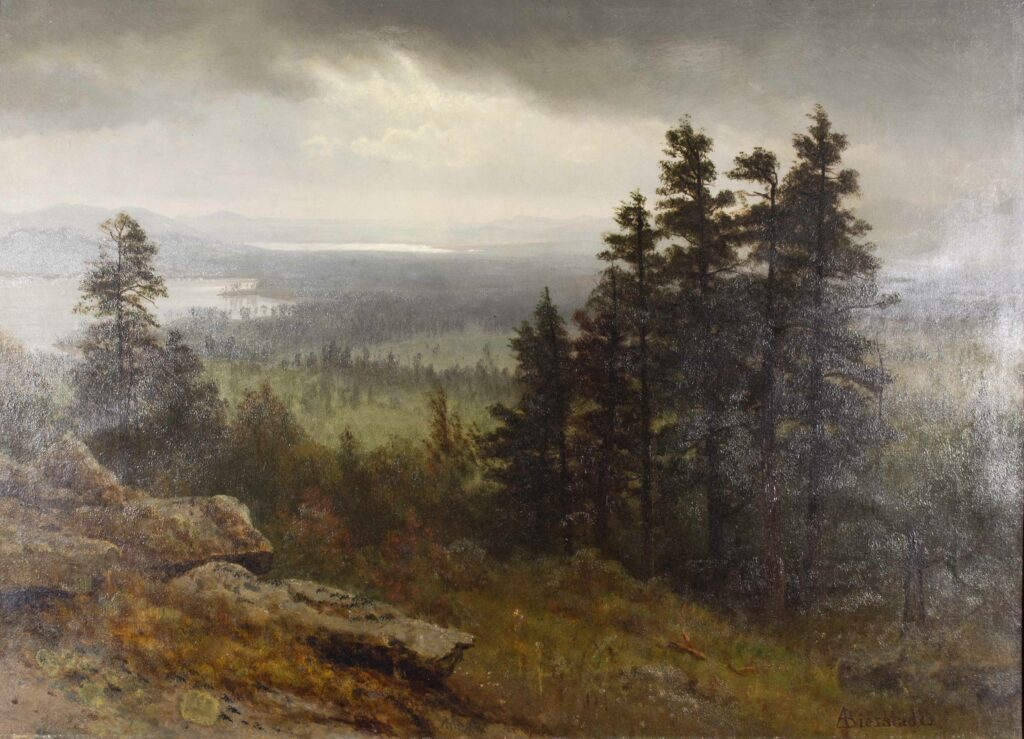 Bierstadt was born in 1830 in Germany, but by the age of two had moved to New Bedford, Massachusetts with his family.  He was drawn to nature and the romance of the Western Frontier.  His training in landscape painting brought him back to his hometown of Dusseldorf, one of the art centers in Europe at the time).  As an artist, he captured flora and fauna as well as landscape formations such as mountains and giant boulders.  In 1859, following his love of the West, he joined an exploring expedition along the Old Oregon Trail, which served as inspiration for his later works.  Today, he is most well known for his landscape paintings, especially of New Hampshire and the West. Near North Conway, New Hampshire is a perfect example of his local landscape paintings.