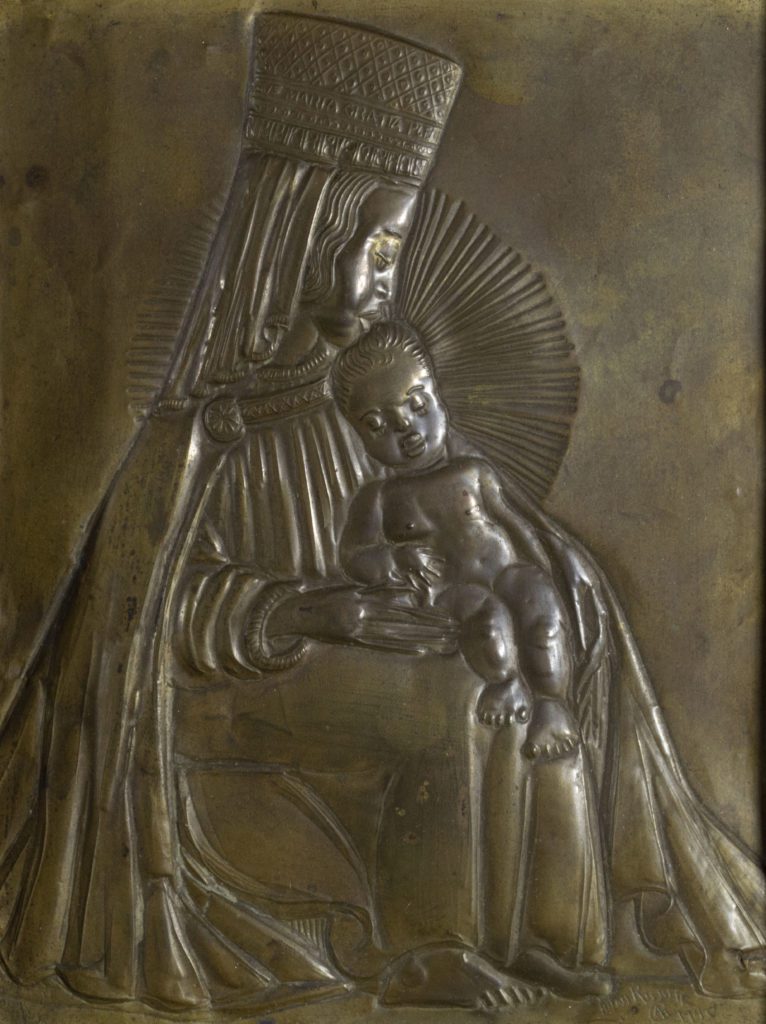 Brought up in Boston, Crite received his art training al the School of the Museum of Fine Arts and earned a Bachelor of Arts degree at the Harvard University Extension School in 1968. He worked for most of his life as an illustrator in the Planning Department of the Boston Naval Shipyards, retiring in 1976, but continued to paint at the same time. His work has been widely exhibited and well received in Boston, where a square is named after him. Crite’s early paintings depict the daily life of Boston’s African-American community, a community that was to be transformed in the following decade by urban renewal and housing projects. According to the artist, he sought to show viewers the “real Negro” as opposed to the “Harlem” or “jazz Negro,” that was created by white people.

In his later paintings, magic-realist visions in which a black Virgin and Child ride on public transportation or float above the city streets, Crite used a bright palette rather than the more somber tones of his “neighborhood paintings.” Compared with these earlier paintings, the religious works offer a message of hope and deliverance. During the 1950s Crite lectured on liturgical art and wrote and illustrated books with theological themes telling “the story of man through the black figure.”