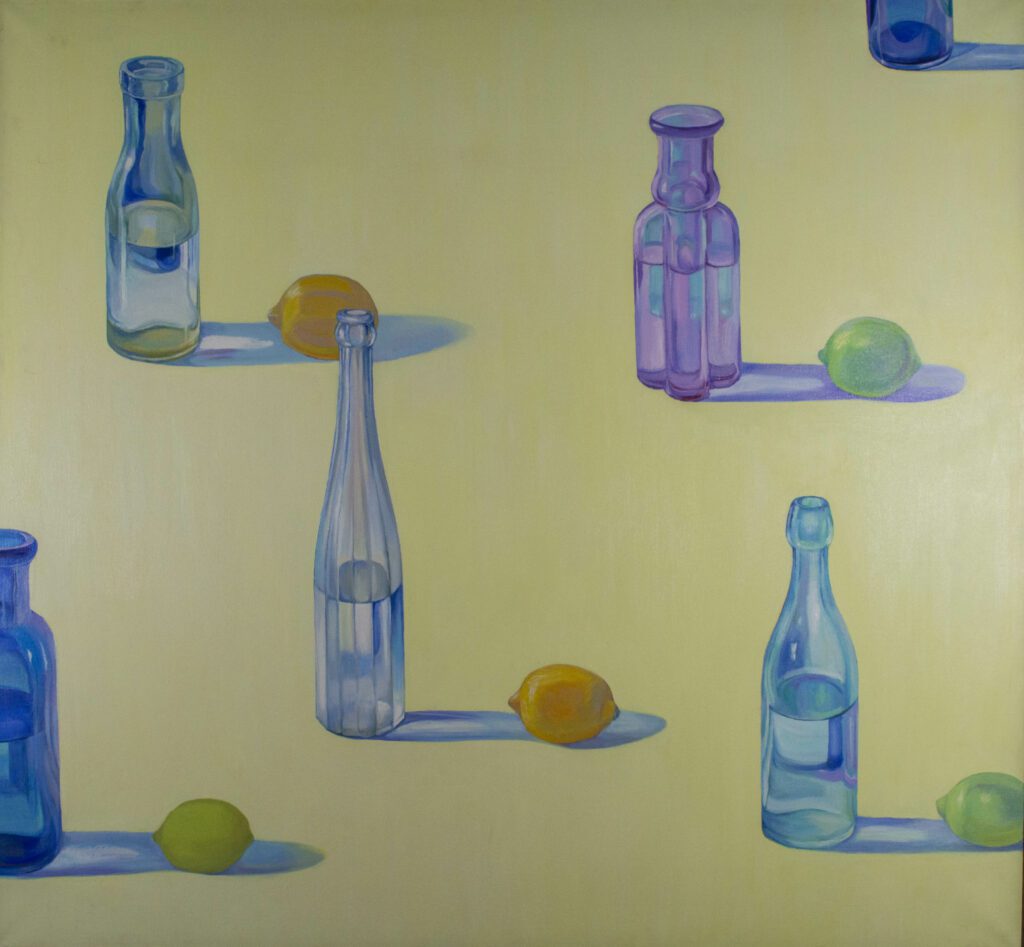 Barbara Swan was born in Newton, Massachusetts in 1922.  She received a B.A. from Wellesley College in 1943, and went on to study at the School of the Museum of Fine Arts, Boston, with Karl Zerbe from 1943 to 1948.  After graduation, Swan was awarded a two-year European Travelling Fellowship, and left for Paris in 1949.  While abroad, Swan met her husband Alan Fink, and she travelled to the Mediterranean with Fink, Ralph Coburn, and Ellsworth Kelly, where she was influenced by the work of Matisse.  The artist taught at Wellesley (1946-1949), Boston University, and the Milton Academy in Milton, MA.  She exhibited widely, including the Boris Mirski Gallery, Boston, Alpha Gallery, Boston, the Downtown Gallery, New York, the Institute of Contemporary Art, Boston, and Wellesley College.  Swan’s work is in the collections of the National Portrait Gallery, Washington, D.C., the Philadelphia Museum of Art, the Museum of Fine Arts, Boston, and the Fogg Art Museum, among others.  Barbara Swan died in Boston, Massachusetts, in 2003.