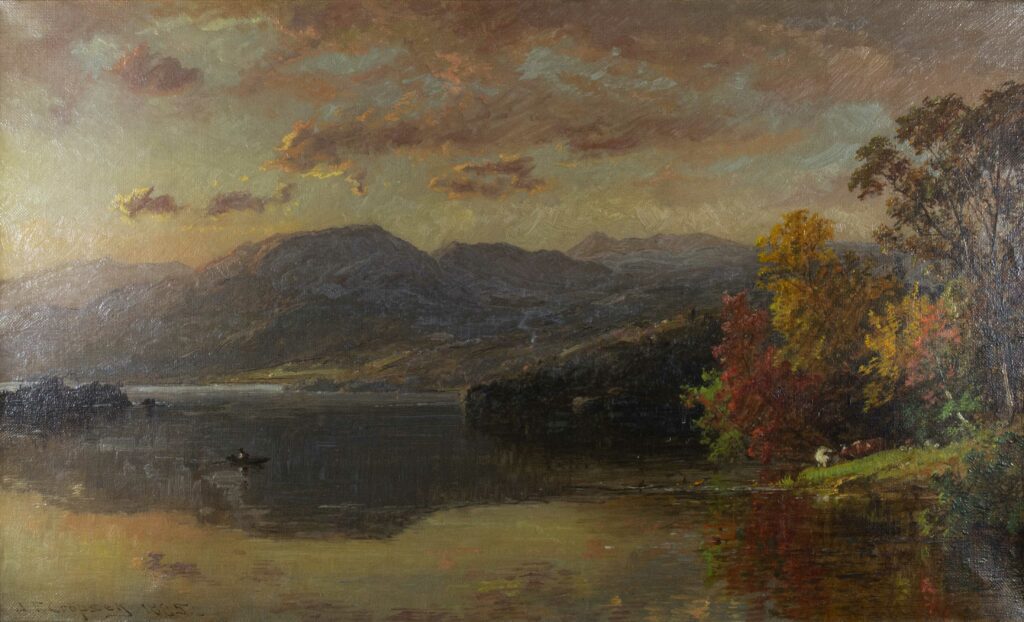 Cropsey was born to Dutch-French parents in Staten Island, New York  in 1823 where the landscapes around him eventually became his inspiration.  Because of a life-long illness, he gave up his architecture career to become a painter.  He entered the Hudson River School where landscapes, especially autumnal landscapes, became is primary focus.  By 1849 he moved to New York City with his young family where he taught painting and exhibited regularly.  Unfortunately, by the mid 1880s his fortunes declined as the growing popularity of Impressionist art became the more favored art form.