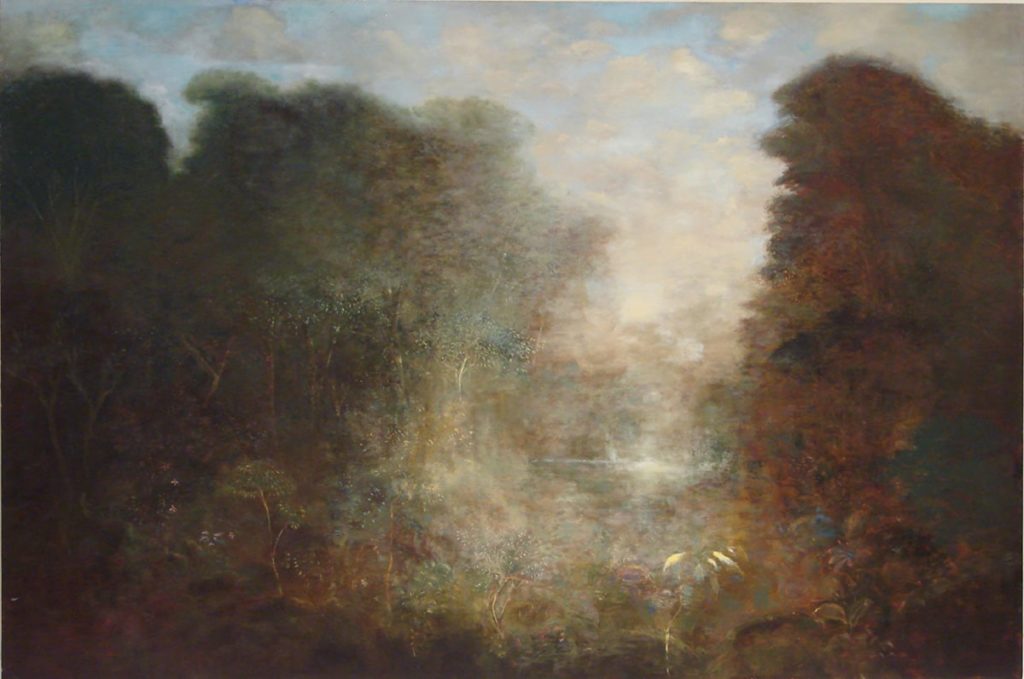 “Here the eye ultimately composes itself…”

Ferrandini’s reference to Thomas Jefferson is deeply rooted in the American landscape tradition. The quote of the title was taken from Jefferson’s Notes on the State of Virginia, published in 1785, in which Jefferson contrasts the romantic and pastoral with the untamed sublime of the natural landscape. Jefferson was describing the view of the Shenandoah Valley and the Blue Ridge Mountains from Harpers Ferry, located in present-day West Virginia, and an area to which he was devoted. In its entirety the quote reads, “Here the eye ultimately composes itself; and that way, too, the road happens actually to lead.” With this in mind, Ferrandini’s patches of light lead the viewer’s eye through the valley passage to the blue sky beyond.