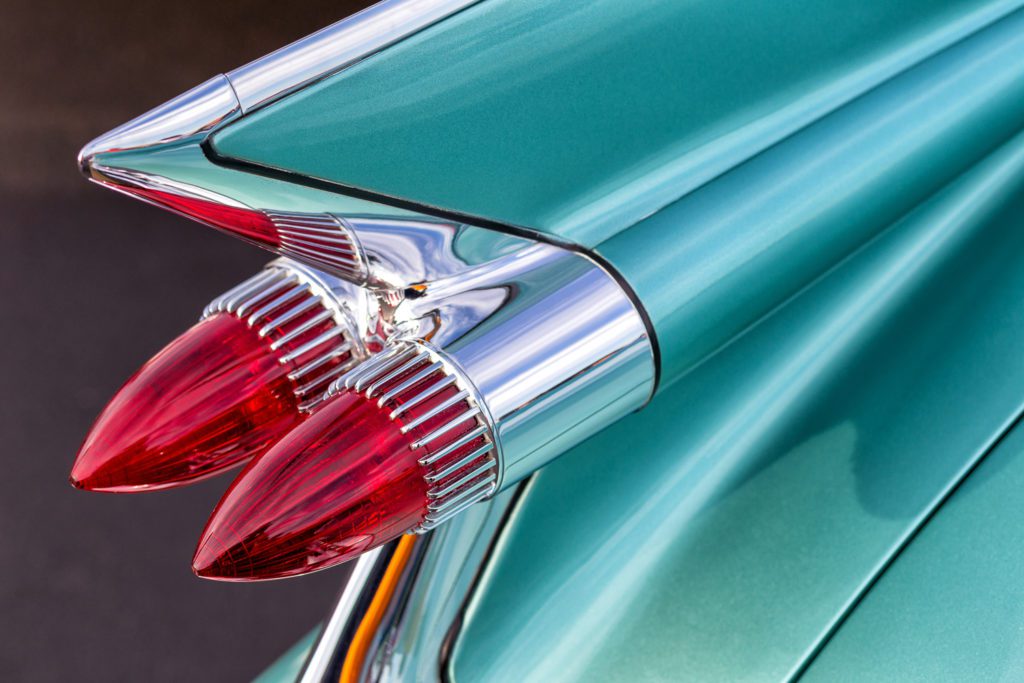 The late 1950s was the age of great automobile styling, with the cars of that era akin to pop art.  The colors, chrome, lavish interiors, and overall design were synonymous with conspicuous consumption.  The role of the car changed drastically in the postwar years as more families moved to the suburbs, there was increased need for transportation, and cars became yet another symbol of popular luxury.  During the Populuxe era, cars morphed into shapes not seen before in automobiles.  They were examples of a fascination with jet-age technology—gaining fins, wings, and tails—and appearing as if they could blast off at any time.  Sean Sullivan’s images embrace this sense of movement, with the vertical and horizontal elements of the cars soaring out of the picture plane.  This sense of movement is ironic, since these new futuristic cars promised “living room comfort,” grand size, and elaborate styling to make one feel as if they weren’t moving at all.  The Populuxe car was a study in form over function, and Sullivan adroitly captures the flair and excess that made Populuxe design pure eye candy.